Growing up, Larry legend assumed he'd be a construction worker to make a livelihood and support his family.

Growing up in a small town called French Lick in Southern Indiana, Larry Bird lived a simple life. His family couldn't afford a car, more so a luxurious lifestyle. Bird and his 5 siblings spent most of their days at home playing basketball or making the most of what they had. At that time, Larry and his family didn't think that he had the potential to be a superstar in the NBA despite his stellar high school career, so he never thought of pursuing the NBA.

In an excellent profile interview with Boston Globe's Dan Shaughnessy, Bird admitted that he had no plans to pursue professional basketball because he thought his career would end in college. Instead, Larry legend assumed he'd be a construction worker to make a livelihood and support his family.

"When I was at [Indiana] State, finishing to get my degree, they had me teaching special needs kids in a high school. That was tough. It gave me a lot of respect for people who do that."I thought I'd wind up being a construction worker, pouring concrete. I wasn't very good at shop in school, but I'd been around construction. As far as basketball goes, I just wanted to be the best player on my high school team," Bird told Shaughnessy,

Thankfully, Bird's collegiate career became one of the best in basketball history. Despite dropping out of Indiana University, he pursued his studies and basketball career at Northwood University French Link, where he had a successful 3-year career with the Sycamores. Bird led the Sycamores to their first NCAA tournament appearance and averaged 30.3 points, 13.3 rebounds, and 4.6 assists per game — which punched him a ticket to the NBA.

Despite being in the pros, Bird still preferred the simple life

Despite turning his and his family's life around by making it to the NBA and earning a chunk of money, Bird still preferred the simple lifestyle he lived in French Lick. He never bought into the fame despite the popular status he built for himself. He didn't spend most of his money on cars, parties, or luxurious properties like how NBA players usually do, instead preferred to go back to his comfort zone in Indiana. 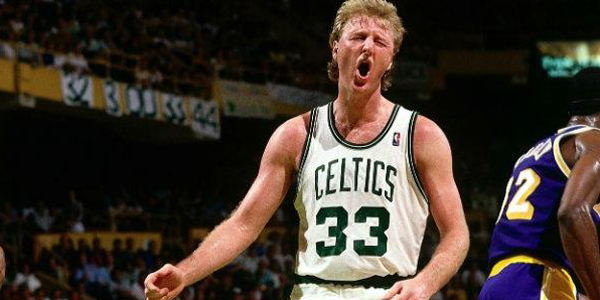 "When I'm home in Boston, I want to go out and eat, pay my bill, and get the hell out. Back in French Lick, I don't have those problems, and that's why I go back there. It's the same with nice cars, Mercedes and all that. I can't see putting $50,000 or $60,000 into a car when our house growing up was worth $10,000. I just can't buy that. And clothes never did catch my eye. I never really enjoyed 'em. I always wore what I felt comfortable in. I'll wear pretty much anything if I get it for free," Bird told Shaughnessy,

It's not difficult to wonder why Bird preferred simplicity over luxury because that's how he was brought up. He stayed true to his roots and never forgot where he came from. He didn't have the best life growing up, but what was remarkable was how his basketball talents turned his and his family's lifestyle around.